Cell and gene therapies continue their meteoric rise in recent years and bear the promise of treating rare diseases for which major unmet medical needs remain. Recent clinical advances include the first proof of concept of an in vivo genome editing therapy, evidence that CAR-T cell therapies can be used earlier in the treatment, as well as encouraging results in the treatment of polygenic and complex diseases. In this section, Cevidra’s experts outline the main features of these new medicinal products, called Advanced Therapy Medicinal Products (ATMPs).

What are ATMPs?
The specificities of ATMP clinical trials
The logistics of ATMPs
ATMPs’ Pricing & reimbursement strategy
The Top 5 challenges to the sale of ATMPs

This change in status has had an impact on regulation at several levels, both for the products themselves and for the authorizations that establishments wishing to produce them must obtain. This is due in particular to the evolution of manufacturing standards and references, which are moving from good tissue/cell practices to good manufacturing practices (GMP) applicable to medicinal products.

Furthermore, their distribution in France in the context of clinical trials, given the pharmaceutical monopoly (L4211-1 Part IV Book 2 of the Public Health Code), is now exclusively carried out by the internal pharmacies of health centres (PUI, for pharmacie à usage intérieur).

As ATMPs are covered by European Regulation 1394/2007 and Directive 2001/83/EC (on medicinal products for human use), their marketing is managed at the European level. According to the French National Agency for Medicines and Health Products (ANSM) and the European Medicines Agency (EMA) guidelines, a medicinal product is considered to be an advanced therapy if it undergoes substantial modifications and/or if its essential function is not the same in the donor and the recipient.

A modification is considered substantial if it leads to “a change in the initial biological properties of the cells or tissues” according to Annex I of Directive 2001/83/EC.

Examples of substantial changes include:

It should be noted that a succession of modifications, each of which is non-substantial, may lead to a process that modifies the properties of cells/tissues and ultimately constitute a substantial modification.

On the one hand, the objectives of this new legislation are to ensure market access to all European Union (EU) Member States via a centralised MA procedure, since MAs granted by the European Commission are then binding in all EU countries.

On the other hand, the goal is to enhance the quality and safety of these new products on the basis of adapted reference systems applicable throughout the EU with traceability obligations, i.e. monitoring of safety and efficacy once the product has been placed on the market́, i.e. pharmacovigilance.

Finally, this new legislation seeks to improve the evaluation of these innovative products via a “Committee for Advanced Therapies” at the EMA, which ensures the scientific evaluation in all the fields covered by these products (bioengineering, cellular and molecular biology, etc…).

According to the EMA classification, ATMPs are currently divided into 4 sub-categories:

Biotechnological innovations are very much reflected in the landscape of clinical trials and ATMPs currently on the market.

We can therefore summarize ATMPs as the use of:

Complex 3D cell cultures with or without biomaterials, etc.

The specificities of ATMP clinical trials

Chemical drugs and small molecules (antibodies) usually adhere to the traditional three-phase clinical testing process. This starts with small-scale trials testing a range of doses in healthy volunteers to establish the highest tolerated dose (Phase I), before moving on to early efficacy studies for dose-response testing and optimisation (Phase II) and finally to trials designed to fully confirm and characterize product efficacy (Phase III). Phase III trials form the basis for cost-effectiveness analysis and subsequent marketing authorization, but Phase II and I data may be included.

Cell and gene therapies do not fit neatly into this framework, and new clinical development protocols are often required. Because of the possibility of long-term persistence of cell and gene therapies and related toxicities, their risk profile in Phase I makes testing in healthy volunteers unjustifiable. Early clinical trials are therefore usually conducted in a sub-population of sick patients similar to that of the target market, and trials often include efficacy as a secondary endpoint, resulting in a Phase I/II classification.

The diversity of innovative therapies means that there is no one-size-fits-all approach. This challenge to traditional trial scheduling complicates the clinical development process and requires ATMP manufacturers to work with regulatory agencies to ratify their clinical development logic and design relevant and validated clinical trials.

The rarity of the disease, the degree of expected benefit and the anticipated safety profile will affect the number of participants and other aspects of the design of each trial. While small molecule drugs routinely enroll hundreds of patients in multiple trials of all phases before an application for marketing authorization is submitted, ATMPs are smaller market therapies. For example, Glybera® (a gene therapy with an orphan drug status) was approved after two clinical trials totaling only 19 subjects (plus a retrospective trial on 17 of the previous subjects).

The logistics of ATMPs

Transport and logistics can be high-risk steps in the ATMP circuit. Autologous therapies need to be tracked through the circular supply chain, and cell-based products can suffer from short shelf lives. The special storage and handling of these drugs in liquid nitrogen at -196°C requires extensive training and risk analysis.

Cevidra has the capacity to coordinate the specific logistics of ATMPs in French hospitals and clinics to respond as quickly as possible to medical requests. 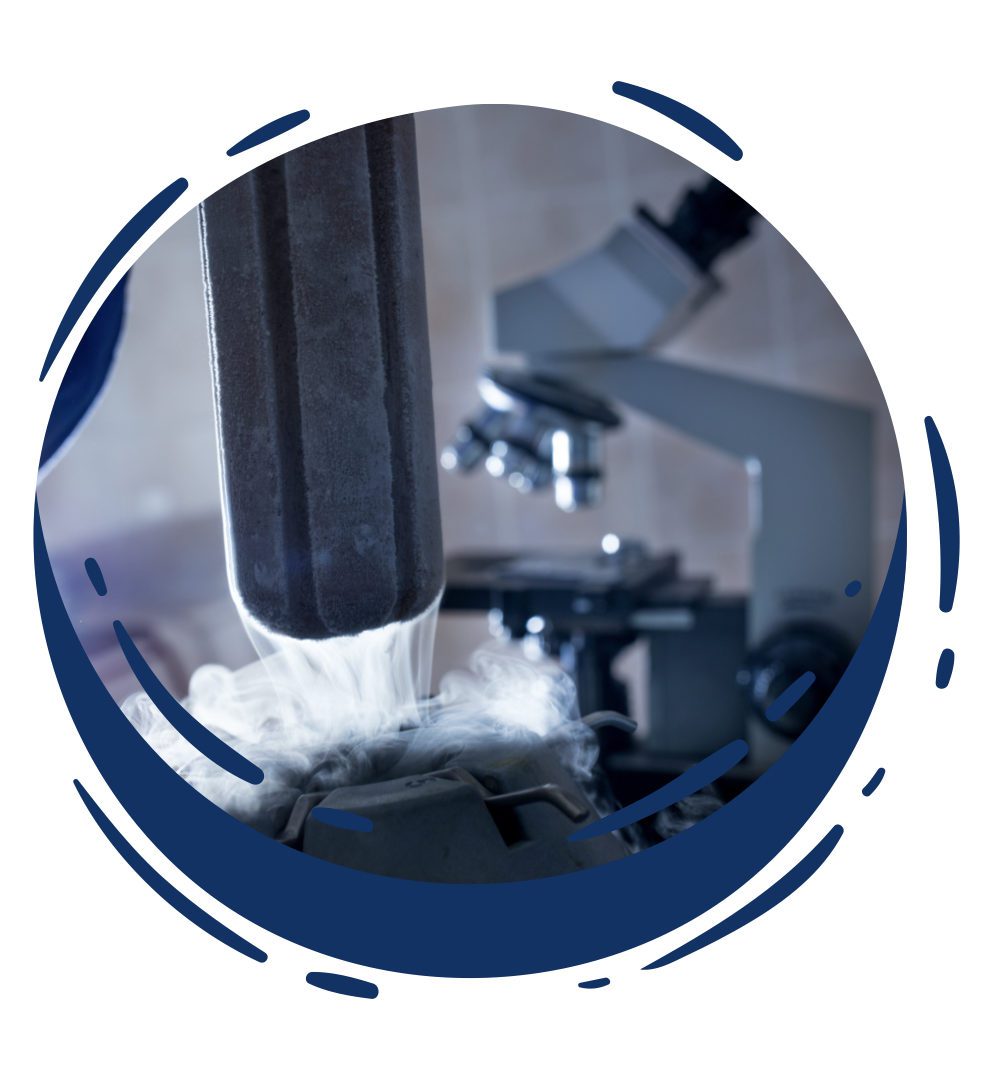 Pricing and reimbursement strategy for ATMPs

In drug development, the pricing strategy will always be primarily related to the price the market deems acceptable. This price is determined by various factors such as competing products, market size and, above all, patient benefit.

The complexity of pricing ATMPs is mainly due to the lack of comparison of their clinical efficacy as these innovative therapies mostly target diseases with no therapeutic alternative.

This is why Cevidra, with the help of its in-house experts surrounded by KOLs in France, offers a precise medico-economic evaluation of the technologies and the cost of care (direct and indirect), in order to build the best pricing and reimbursement strategy.

Indeed, high-priced drugs such as “curative” gene therapies may be unaffordable for reimbursement agencies, even if they are deemed profitable. However, price is not the only barrier to market access for ATMPs – ease of use and supply chain disruption can affect their success.

Cevidra, as exploitant, offers an integrated vision and services for the successful commercialisation of ATMPs in the French market.

The Top 5 challenges to the sale of ATMPs

The low number of patients in clinical trials

Compared to chemical drugs, the low number of patients is a major challenge in the development of ATMPs, with a restricted statistical evaluation of efficacy in phases II and III. The drafting of the protocol for therapeutic use, including the strategy for patient inclusion criteria and follow-up, is therefore a crucial element.

The storage and transport of products are key points for the successful deployment of ATMPs. For cell therapies, these conditions are at risk of distorting the viability and therefore the efficacy of the medicinal product. The whole supply chain must be monitored in real-time from collection to injection.

The evolution of the economic paradigm of ATMPs via single administration therapies imposes that a fine-grained medico-economic analysis be put in place. From disease management and side effects to the collection of real-world evidence (RWE) from patients, nothing can be left to chance.

The marketing of an ATMP is fraught with pitfalls in terms of the regulation of the raw material of biological origin, GMP/GMP regulations, the complexity of the EMA authorization process and each country’s specificities.

The release strategy for ATMPs is unique because of these products’ short shelf life. To justify release without full test results being available, it is necessary for the QP to have significant experience in the manufacture and release of ATMPs.

To help support the QP in the complex issues of QP certification of ATMPs, the EMA has published a Q&A document on exemptions from batch controls on ATMPs.

ATMPs at a glance

Immuno-oncology is currently a major commercial focus, accounting for more than half of the clinical trials, but other target markets – such as rare diseases – are increasingly being considered. Despite a massive investment of over $22 billion in public and private investment in ATMP companies, most clinical trials are still in early phase I/II and very few ATMPs are currently marketed. Market analysis of the field is published annually by the Alliance for Regenerative Medicine (ARM).

How Cevidra can help you?

The increasing number of requests for compassionate or early access makes this a strategic aspect of Cevidra’s involvement in the current French market.

Discover our main services to help you address the French Market.

We operate in the following areas of expertise.

Page load link
Manage Cookie Consent
To provide the best experiences, we use technologies like cookies to store and/or access device information. Consenting to these technologies will allow us to process data such as browsing behaviour or unique IDs on this site. Not consenting or withdrawing consent, may adversely affect certain features and functions.
Manage options Manage services Manage vendors Read more about these purposes
View preferences
{title} {title} {title}
Go to Top